... to post that this weekend, I only went and saved the whole world. No biggie :-)

One of my brother-in-laws is properly expert in board games and is a goldmine of fantastic recommendations. It had never really occurred to me that there are certain things that make a game successful, in particular getting every player to the end without giving up or losing interest. Which explains my absolute hatred of playing Monopoly which I can set myself up to lose within 5 minutes and then spend the next hour of my life watching the slow attrition of everything I own being taken away by the bank.

Amongst the games we now have in our stash is Pandemic, in which four or five players work together to save the world from global disaster. It really is non competitive and the four of us spent an hour really debating how each of us in turn could do our bit to make sure disaster was contained and then cured. 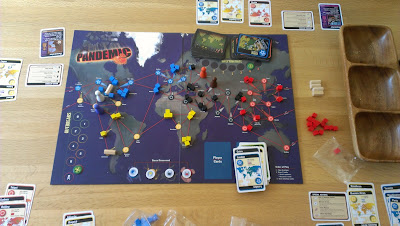 And yes, we did work our way through a fair few snacks to keep our strength up on the way!

I'd say it is best for older children or adults as the rules are a bit detailed, but quite straightforward once you have worked through a couple of turns. Then you just keep going until either you win, or the disaster does.

A similar one is Scotland Yard where you work together to catch a spy,
but that's saved for another weekend!
Posted by ellens52 2 comments:
Email ThisBlogThis!Share to TwitterShare to FacebookShare to Pinterest 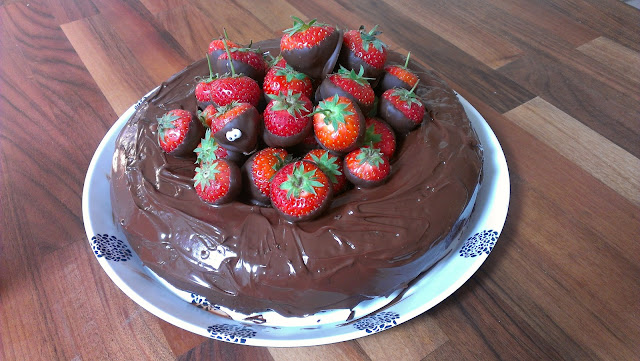 They are infesting every cake I make these days!

Posted by ellens52 No comments:
Email ThisBlogThis!Share to TwitterShare to FacebookShare to Pinterest

I made a chocolate birthday cake this weekend, for my nephew. He plays a lot of minecraft so I wanted to make a cube-y cake and stumbled on an idea a bit like this while searching for 'easy cake decorating for numpties' ideas.

I had made some eyes for a cake I'm going to be making later in November so thought
I'd hide a few zombie cubes in the pile. Can you spot them? 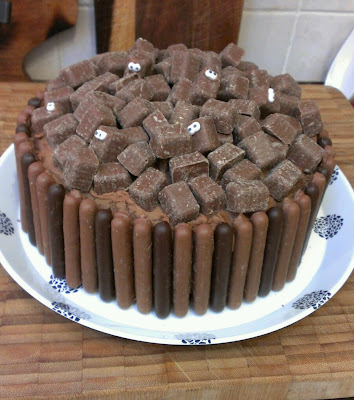 Posted by ellens52 2 comments:
Email ThisBlogThis!Share to TwitterShare to FacebookShare to Pinterest

I have begun feeding the birds in our garden with a bit more regularity now that autumn is starting, and the little ones have all left the nests. The bird feeders are always topped up but I don't put much on the bird table as it just gets munched by squirrels and pigeons.

But you do have to give credit to a bird that is prepared to find his own way to the biggest stash of bird food he can find... 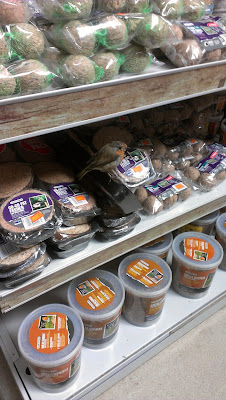 Look carefully at this food display in our local garden centre - there he is, a pretty clever robin.

I asked at the tills and he comes in every autumn and disappears over the summer. He looks pretty scruffy, but he has a lovely bowl of food left out for him, and suns himself in the open doorway when the weather is nice enough.

And give unwary customers a jump.
Not a bad life, eh?

Posted by ellens52 2 comments:
Email ThisBlogThis!Share to TwitterShare to FacebookShare to Pinterest

I know it has been ages and I do wish there was a blog shorthand for 'I'm really sorry, I'm rubbish but please forgive me because look, I'm back!'...

There has been lots going on and I'm sure everyone's summer has been going zoink with either olympomania or olympovoidance. We got right into the swing of it with excessive hours of TV viewing and three lots of tickets. I even bought a red, white and blue t-shirt so I could blend into the crowd. Loved every second of it.

But that's not what tempts me out of bloggy lurking.

Today I have been glued to twitter. I am a terrible lurker there too, almost never tweeting but always following something or other. I have a habit of following people who are topical for some reason: Andy Murray during Wimbledon, Jenson Button during the F1 season, the Chris Moyles Show crew as they built up to the finale this week, Claire Balding during the olympics... you get the picture.

I also follow a few historians, which (I'm not ashamed to admit) started with following Dan Snow. He recommended a few folk, I followed them, now they make up a fair percentage of what I read. And I love them, because some of them do 'real time' history. By this, I mean that they recount historical events in the timeframe that they happened, via tweets.

I first found this last Autumn, as I got completely addicted to the events that led up to the arrest of Guy Fawkes and the pursuit of his conspirators, with subsequent 'questioning' and execution. The chase of the conspirators was brilliant, with them galloping across the country finding places to hide.

Today it has been the Battle of Britain, which has been added to by pictures and comments by the pilots of the Battle of Britain Memorial Flight. It has really illustrated that the odds faced by the pilots were incredibly dire, that they were fighting in the knowledge that there were no reserves and no backup plan. In one instance, a large formation of Luftewaffe fighters were confronted by a tiny group of Spitfires, and not believing anyone would go up against such a vastly superior force without significant backup, they dispersed and took evasive action rather than taking them head on. And pilots that survived being shot down made superhuman efforts to get to airfields and get back in the air, fast.

The size of our debt to them is staggering.

In real time, it's not just a story - it feels like reporting, and much more engaging as a result.
If you are a tweeterist, these folk are great: Posted by ellens52 No comments:
Email ThisBlogThis!Share to TwitterShare to FacebookShare to Pinterest

Hi everyone, I do love scavenger hunt time!
This has been a busy month with lots of stuff going on, but this isn't reflected in a
dazzling array of photographs.


Next month I might set myself a theme, like maybe all macros shots,
or possibly just think it through and set a couple up.
But let's get through this month first:

And that it for this month.
More blogging next month. I'm determined.


Thanks again to Kathy!

Posted by ellens52 9 comments:
Email ThisBlogThis!Share to TwitterShare to FacebookShare to Pinterest

The past couple of weeks have been activity-full but blog-less, which I think is in part due to a crash back to earth post holiday and jubilee.

I should also confess to having had a 'significant' birthday in the midst of it all, which meant the jubilee weekend kind of loomed, flew by and then got cleared away pretty rapidly. Despite not really looking forward to it, it all turned out alright in the end
and the cake was fab.

So, here are one or two highlights... 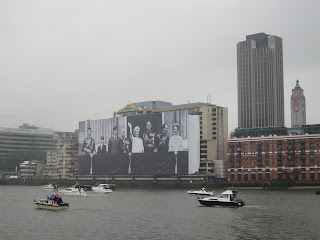 We went to that there London to see this family and saw mainly the backs of other people's heads, until the rain came and they all disappeared. Flotilla ahoy! 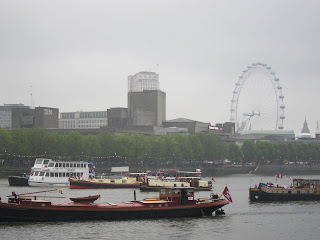 We didn't see the queen but we did see about 999 other boats.

Then I had birthday-ness to see to, which we began with a Mini adventure
That's me off adventuring, with jubilee bunting being borrowed for birthdays. 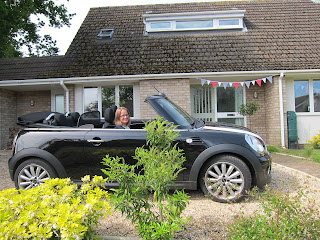 This was followed up by a special birthday screening of another 1970s classic.
I was a bit worried whether everyone would enjoy it but what's not to like about Herbie, especially with bacon rolls chucked in. 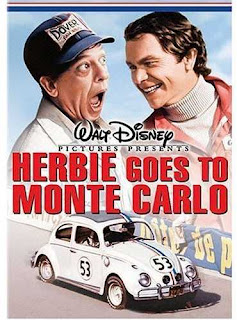 This week was a slice of back to normal which really isn't very photogenic.
Let normal service resume!

Posted by ellens52 3 comments:
Email ThisBlogThis!Share to TwitterShare to FacebookShare to Pinterest

This month I am EARLY!

I put this down to the bizarre effects of jetlag and an over excitement to look at my own photos of an amazing month. I think I got something for everything and in some cases more than one, but we'll see how we get on...

Don't worry, more adventures from the USA will feature in future posts.
It was a truly amazing holiday and we loved it.

Looking forward to seeing what everyone else has been up to! 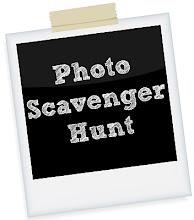 Posted by ellens52 14 comments:
Email ThisBlogThis!Share to TwitterShare to FacebookShare to Pinterest

Last Saturday I won the lucky sod gold medal, by a country mile.

By the power of a very lovely brother-in-law, we got tickets to one of the warm up events in the new Olympic stadium. It was University athletics, to be followed by 'celebrity antics'. When the tickets arrived, they didn't come with a plan of the stadium, so we didn't know where we would be.

We wandered in, found the right section, came down the steps and sat down to this view: 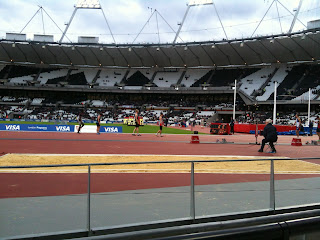 We were on the Very Front Row.
If the long jump ladies had done particularly well they would have landed in our laps.

Yet again only some of this list lodged in my head and this morning I was left scratching my head wondering how I'd let two rock band nights go by without a single photo. What part of 'rock' didn't scream out at me as a good one for this month?

So, with apologies for rock in advance, here are my shots:

Amazing
Can't live without...
Direction
In/out
Indulgence
Multicoloured
On the move
Rock
Sticky
Spring
Tangle
Smile
Thanks again to Kathy, I hope you have a brighter times very soon.

I began blogging to track a challenge and am now trying to keep it going. I am very happy to welcome you here into my small virtual world - hope you find something you enjoy.
As you pop by do leave me a comment as it is always nice to meet someone new :-)